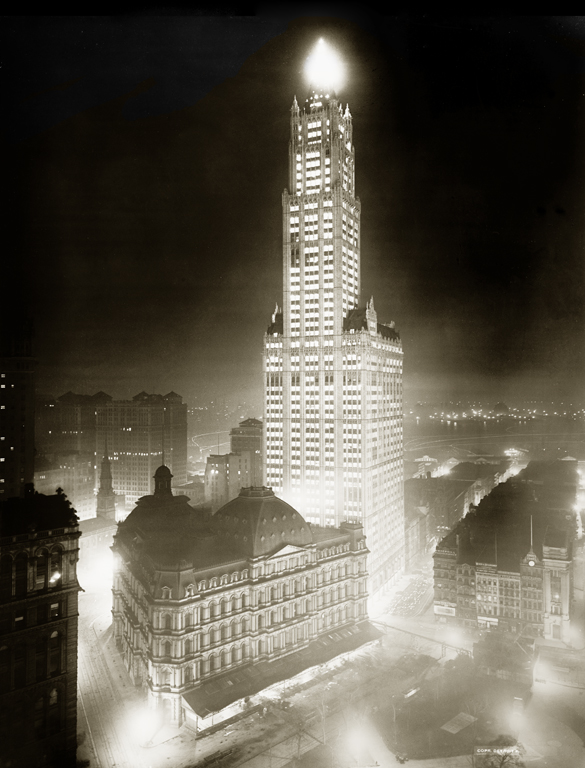 Eighty thousand incandescent bulbs illuminated the New York night on April 24, 1913, when the Woolworth Building opened with a ceremony attended by 800 dignitaries. Witnessed by multitudes and wired to press around the world, the brilliant spectacle was a career-crowning achievement for the tower's owner, the five-and-dime store king Frank W. Woolworth, who paid for the skyscraper with his personal fortune and took a hands-on role in every decision of its design. The great Gothic tower-the Cathedral of Commerce-became the preeminent silhouette on the New York skyline and took the title of world's tallest office building. 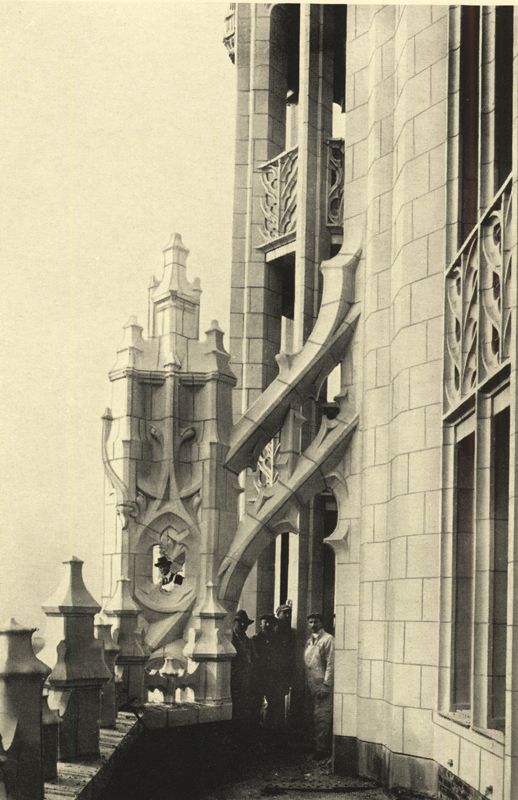 
Architect Cass Gilbert, who once defined the skyscraper simply as "a machine to make the land pay," aspired to elevate his building beyond the realm of real estate to the status of a civic monument. Over the engineer's robust steel skeleton, Gilbert draped a terra-cotta curtain wall of enormous intricacy and invention. He and his office of draftsmen indulged in a panoply of ornament designed for the commission and created in clay by a small army of artisans. More than 7500 tons of cream-colored glazed terra cotta, with accents in bright hues graced the faï¿½ade. In the soaring lobby, the medieval theme played out in opulent marbles, colorful mosaic vaults, amusing corbel sculptures, and elevator doors that imitated confessionals. 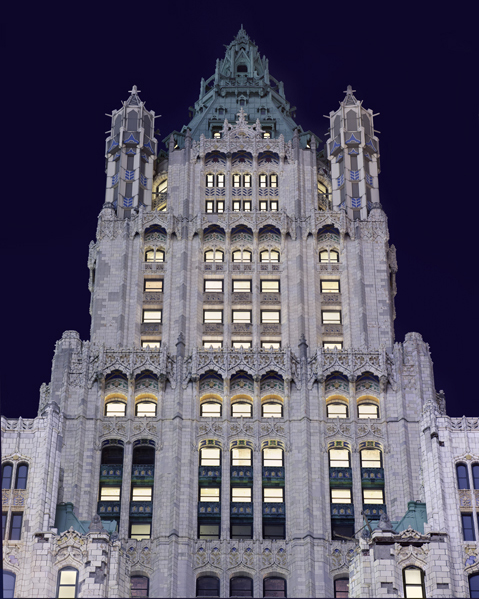 A masterpiece of early 20th-century art and technology, the Woolworth Building celebrates its centennial year in the process of conversion, with office space remaining below and luxury residences planned for the upper tower. Still radiant on the lower Manhattan skyline, the landmark heralds both the past and future of New York.


Additional support has been provided by Alchemy Properties Inc.

The Woolworth Building @ 100 is supported, in part, by public funds from the New York City Department of Cultural Affairs in partnership with the City Council.