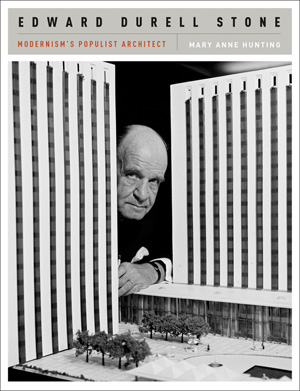 “Colossus,” “visionary,” “giant” are terms used to describe Edward Durell Stone (1902–1978), the mid-twentieth century celebrity architect whose popular aesthetic of “new romanticism” played a role in defining postwar American modernism. Architectural historian Mary Anne Hunting will discuss the recent interest in Stone’s architecture, which has been spurred by the reconsideration of a number of his buildings–especially the controversial conversion of his most flamboyant New York building, former Gallery of Modern Art (1958–64) at 2 Columbus Circle.

Mary Anne Hunting received her doctorate from the City University of New York’s Graduate Center and a master’s degree in the history of decorative arts and design from the Cooper-Hewitt, National Design Museum/Parsons School of Design.