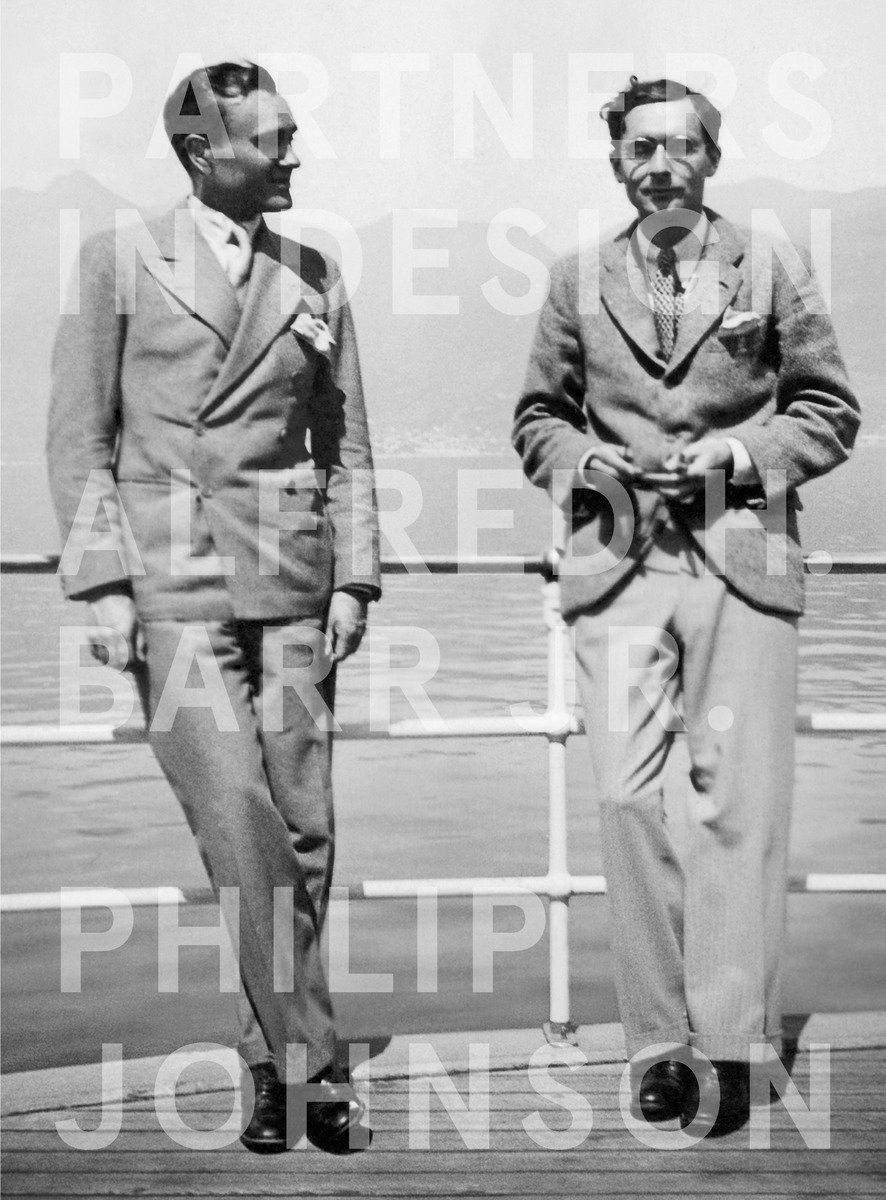 Partners in Design: Alfred H. Barr Jr. and Philip Johnson, a catalog that accompanies an exhibition opening in 2016 at the Montreal Museum of Fine Arts, chronicles the collaboration of two key figures who in the 1920s and 1930s helped to establish the Museum of Modern Art and to introduce Modern Architecture – the European avant-garde movement that became known as the International Style – to New York and America. In this volume of essays edited by David A. Hanks, Barry Bergdoll, who himself served in the position of The Philip Johnson Chief Curator of Architecture and Design at the Museum of Modern Art from 2007-2013, examines the context of New York’s architectural cultures in the late Twenties and the catalytic role of the 1932 MoMA exhibition curated by Johnson and Henry Russell Hitchcock, called Modern Architecture: International Exhibition.

Architectural historian Barry Bergdoll is the Meyer Schapiro Professor of Art History and Archeology at Columbia University, where he studied as an undergraduate, received his PhD., and has taught since 1986, specializing in modern architecture and culture in the broadest sense. The author of numerous books, articles, and distinguished lecture series, Bergdoll spent six years, through 2013, as the Chief Curator of Architecture and Design at MoMA, during which time he organized and curated a series of influential exhibitions, ranging from the contemporary inquiries "Rising Currents: Projects for New York's Waterfront" and "Home Delivery: Fabricating the Modern Dwelling," to scholarly surveys of the works of Henri Labrouste and Le Corbusier, as well as the 2015 "Latin America in Construction: 1955-1980."