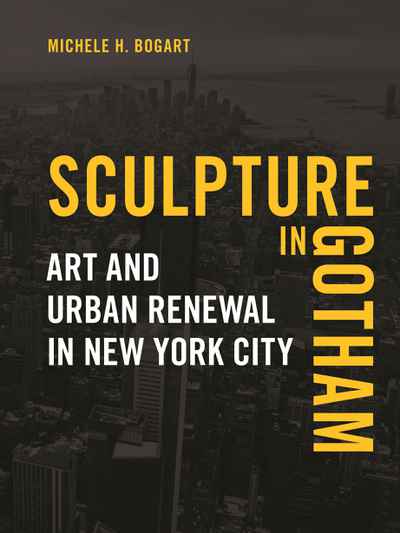 In Sculpture in Gotham, Michele Bogart recounts how the City of New York became committed to public art patronage. From the mid-1960s, cultural activists and City officials, for a time, shifted away from traditional monuments and joined forces to sponsor ambitious sculptural projects as instruments for urban revitalization. Bogart, an art historian who also served as a Commissioner on the NYC Public Design Commission, describes how public art became socially and politically relevant during a time when art theories and styles were evolving dramatically and when local government was overwhelmed with economic decline and civil rights issues. Sculpture in Gotham sheds new light on civic activism and collaboration as a force for cultural change in urban America.

Michele H. Bogart is professor of art history and criticism at Stony Brook University. She served on the Art Commission from 1998 to 2003. Her previous books include Public Sculpture and the Civic Ideal in New York City, 1890–1930 (2nd edn 1997), Artists, Advertising, and the Borders of Art (1995) and The Politics of Urban Beauty: New York and Its Art Commission (2006).