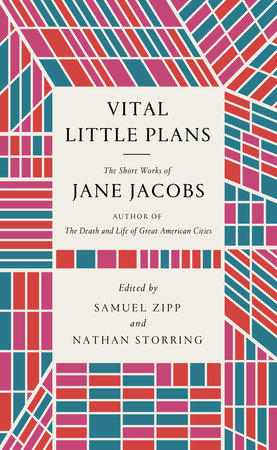 Samuel Zipp and Nathan Storring, urban historians and co-editors of the book of collected short essays by Jane Jacobs entitled Vital Little Plans, celebrate her 101st birthday week with a conversation on her continuing influence. While many know Jacobs for her defense of traditional urbanism and local economies, far fewer think of her as a futurist. As we begin the “second Jane Jacobs century,” what can her writings tell us about the city of tomorrow? In an age of polarized politics, what did she make of xenophobia, separatism and the state of our democracy? In the knowledge age, how did she perceive the relationship between innovation, inequality and facing our greatest existential threats like climate change? And of course, in the age of megacities, what did she think of skyscrapers, slums, and the making of new cities?

Samuel Zipp, an Associate Professor of American Studies and Urban Studies at Brown University is a cultural, intellectual, and urban historian with particular interest in 20th century cities  and United States cultural and political history since World War II. He is the author of Manhattan Projects: The Rise and Fall of Urban Renewal in Cold War New York (OUP, 2010).

Nathan Storring describes himself as a “writer, curator, designer, and media producer with a focus on interpreting architecture, city planning, and urban issues for a general audience.” Working with the non-profit Project for Public Spaces, he is a research associate and communications manager for the Bass Initiative on Innovation & Placemaking. He lives in Brooklyn.