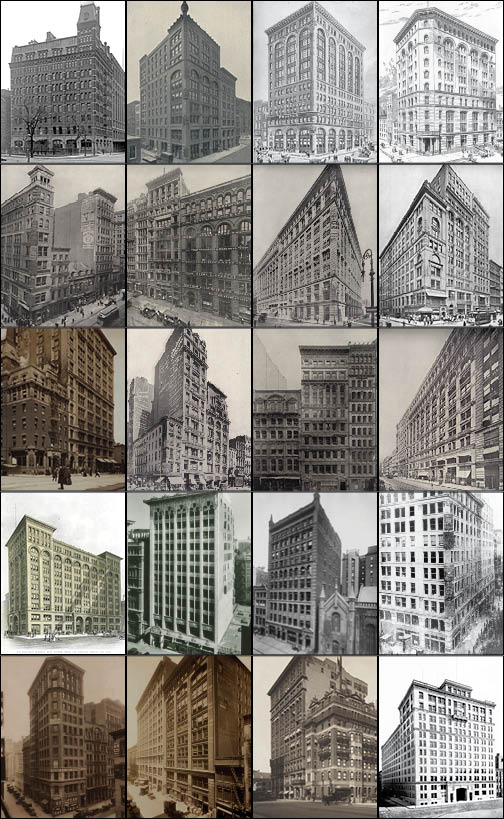 Think of lofts simply as enclosed spaces. Unlike other types of commercial buildings, such as offices or hotels, lofts were built without a program for use or particular design requirements. The facades could be plain or fancy, as the developer chose, but the lobbies were modest and the number of elevators minimal. Lofts were erected as speculative real estate to earn rent. They housed multiple tenants who leased part or all of one or more floors. 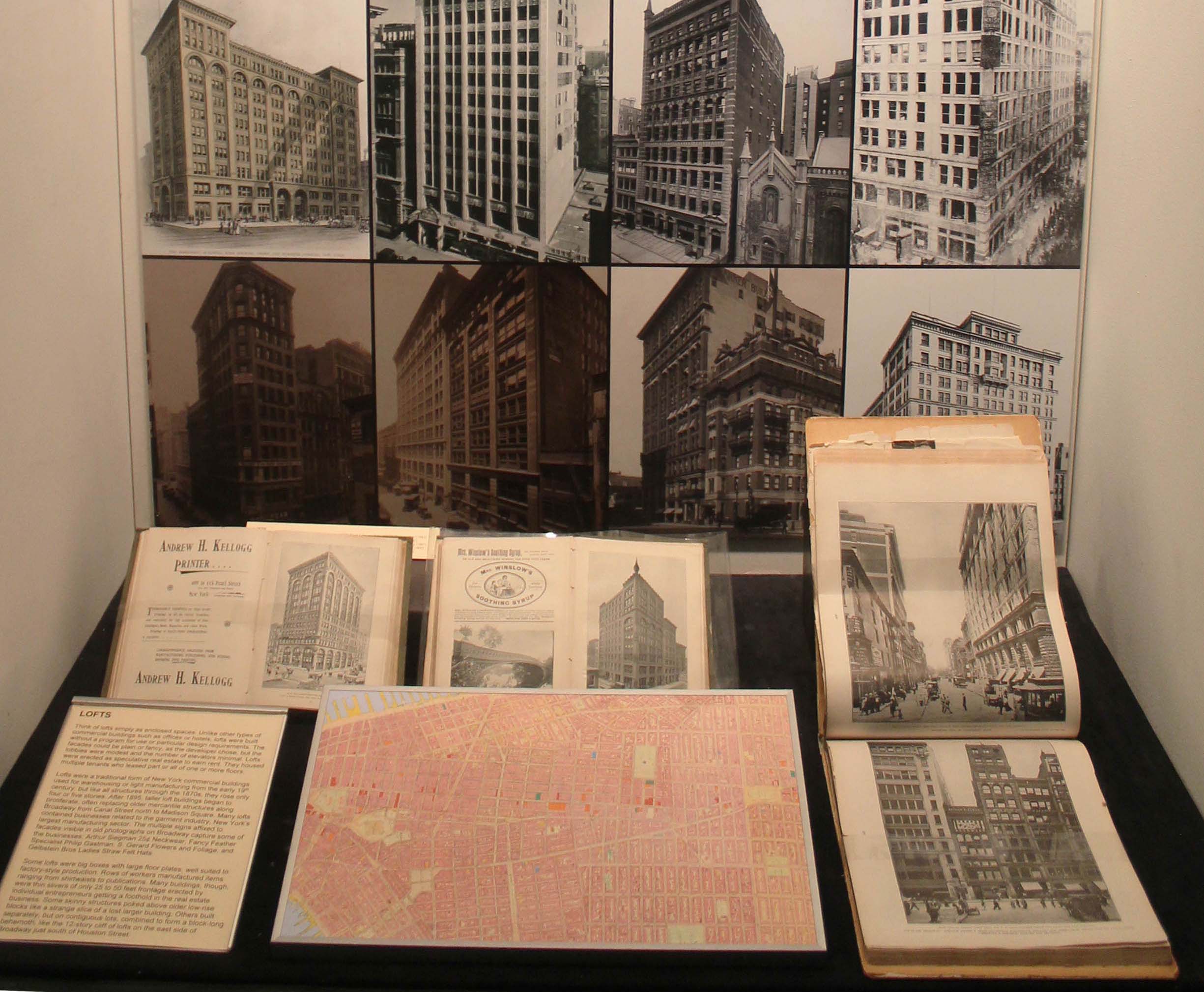 Some lofts were big boxes with large floor plates, well suited to factory-style production. Rows of workers manufactured items ranging from shirtwaists to publications. Many buildings, though, were thin slivers of only 25 to 50 feet frontage erected by individual entrepreneurs getting a foothold in the real estate business. Some skinny structures poked above older low-rise blocks like a strange slice of a lost larger building. Others built separately, but on contiguous lots, combined to form a block-long behemoth, like the 12-story cliff of lofts on the east side of Broadway just south of Houston Street.

Displayed in this case is Both Sides of Broadway, a book of photographs that record Broadway from Bowling Green to Columbus Circle. Compiled in 1910 by Rudolph M. De Leeuw, the book contains period images of early skyscrapers, offering a glimpse into daily life on bustling Broadway.

NEXT: "Skyscraper" and Slenderness