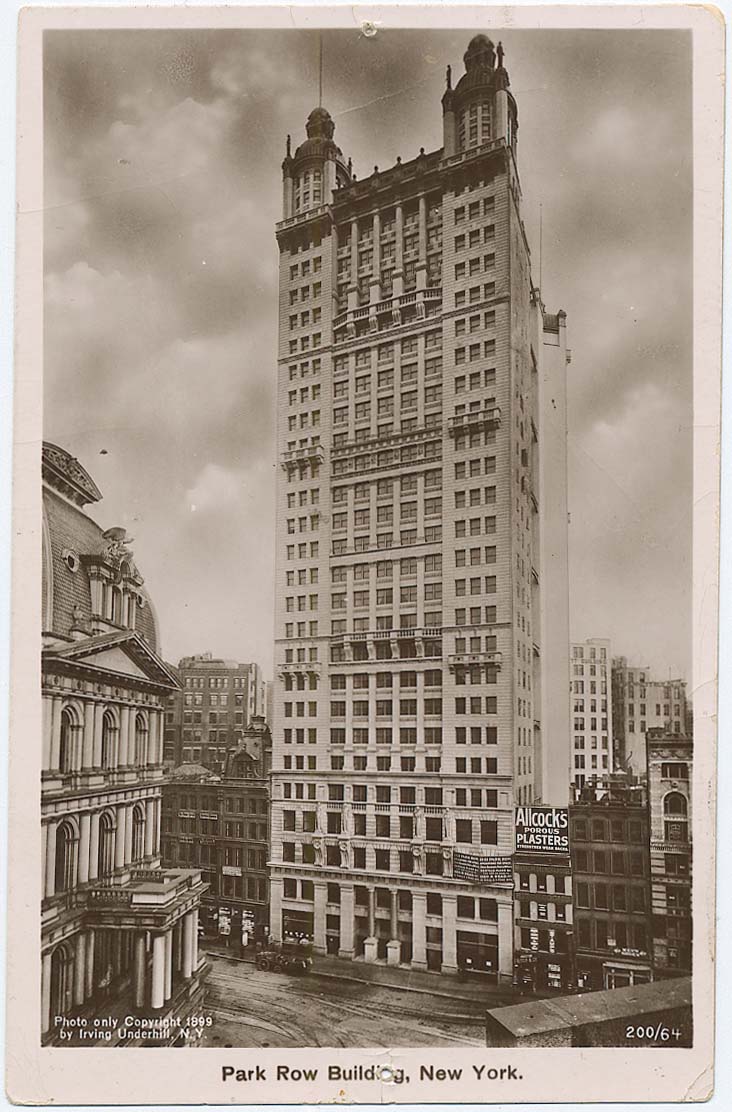 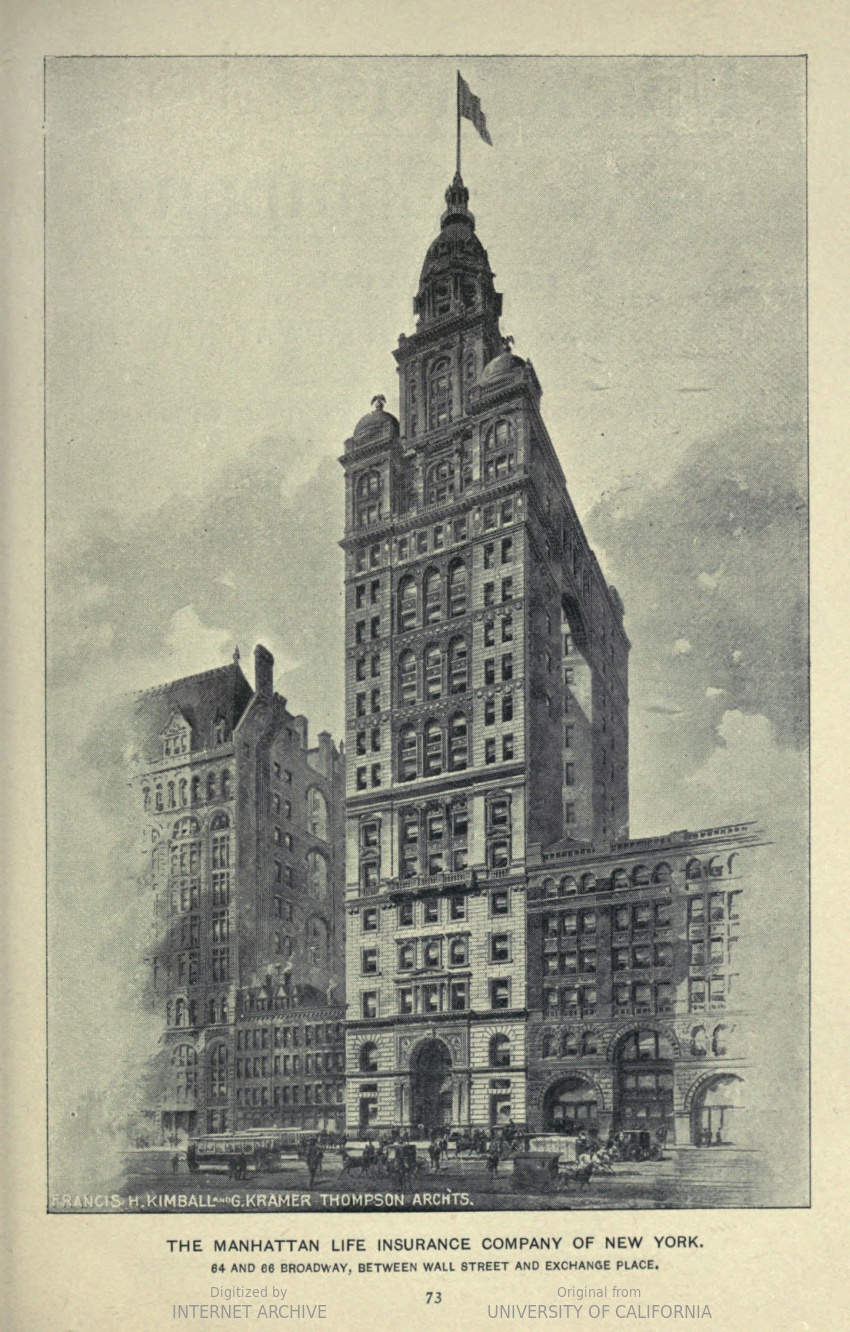 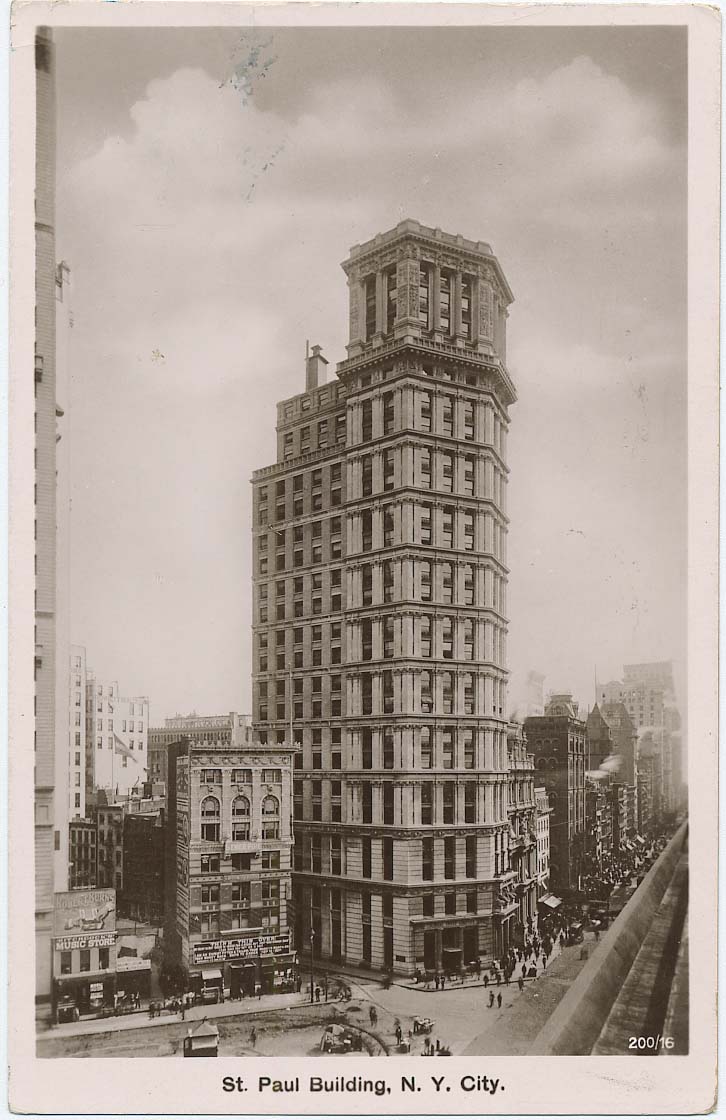 St. Paul Building – 315 ft.
220 Broadway (1897)
While many skyscrapers were made taller by pointed roofs or cupolas, George B. Post’s St. Paul Building reached its lofty height with a flat roof. Its neoclassical style, with its many-layered rows of columns, was consistent with older neighboring buildings. 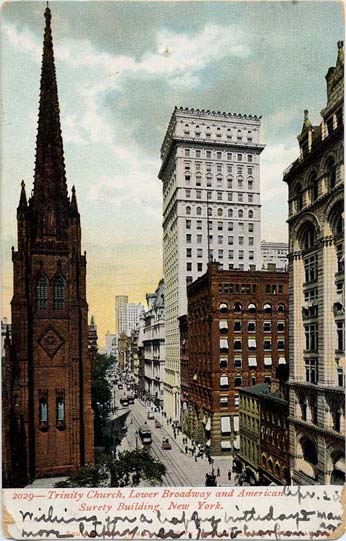 American Surety I – 312 ft.
100-106 Broadway (1895)
At the time of its completion in 1895, Bruce Price’s American Surety Building was the second-tallest skyscraper in NYC. It had a steel-skeleton frame and curtain walls that were significantly thinner than heavy load-bearing walls, freeing up additional space in offices. 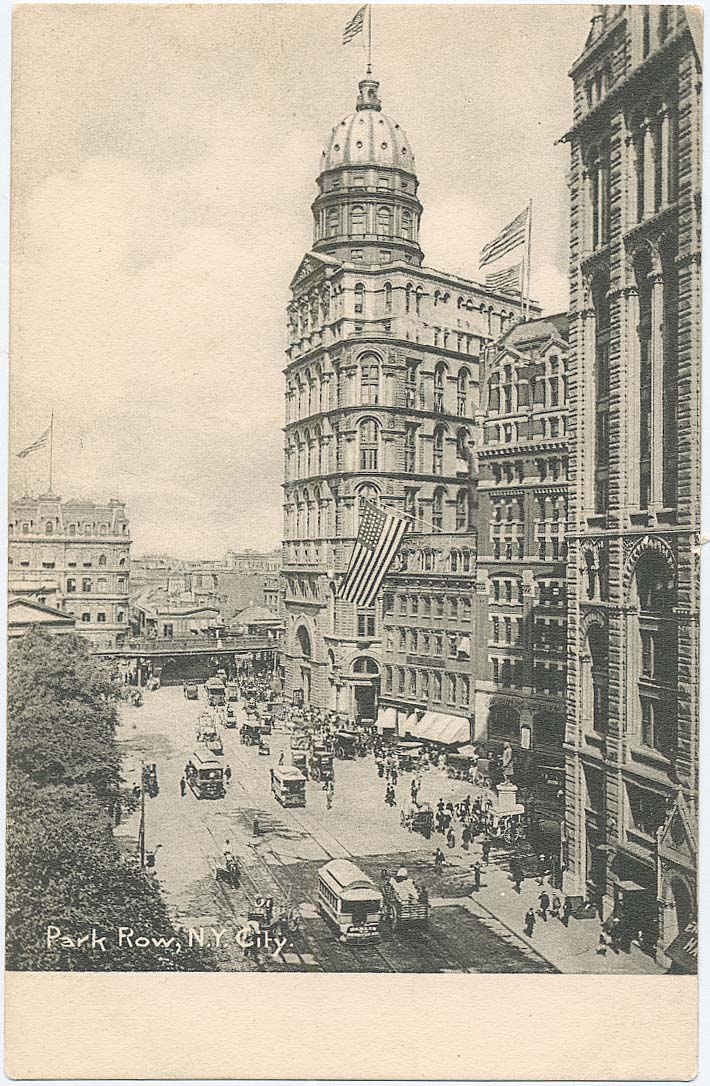 World Building – 309 ft.
53-63 Park Row (1890)
In commissioning the controversial World Building, Joseph Pulitzer hoped to assert his paper’s dominance in American journalism. George B. Post’s design stood out not only for its imposing height (it was the tallest building in NYC to date), but also for its colorful façade and iconic dome. 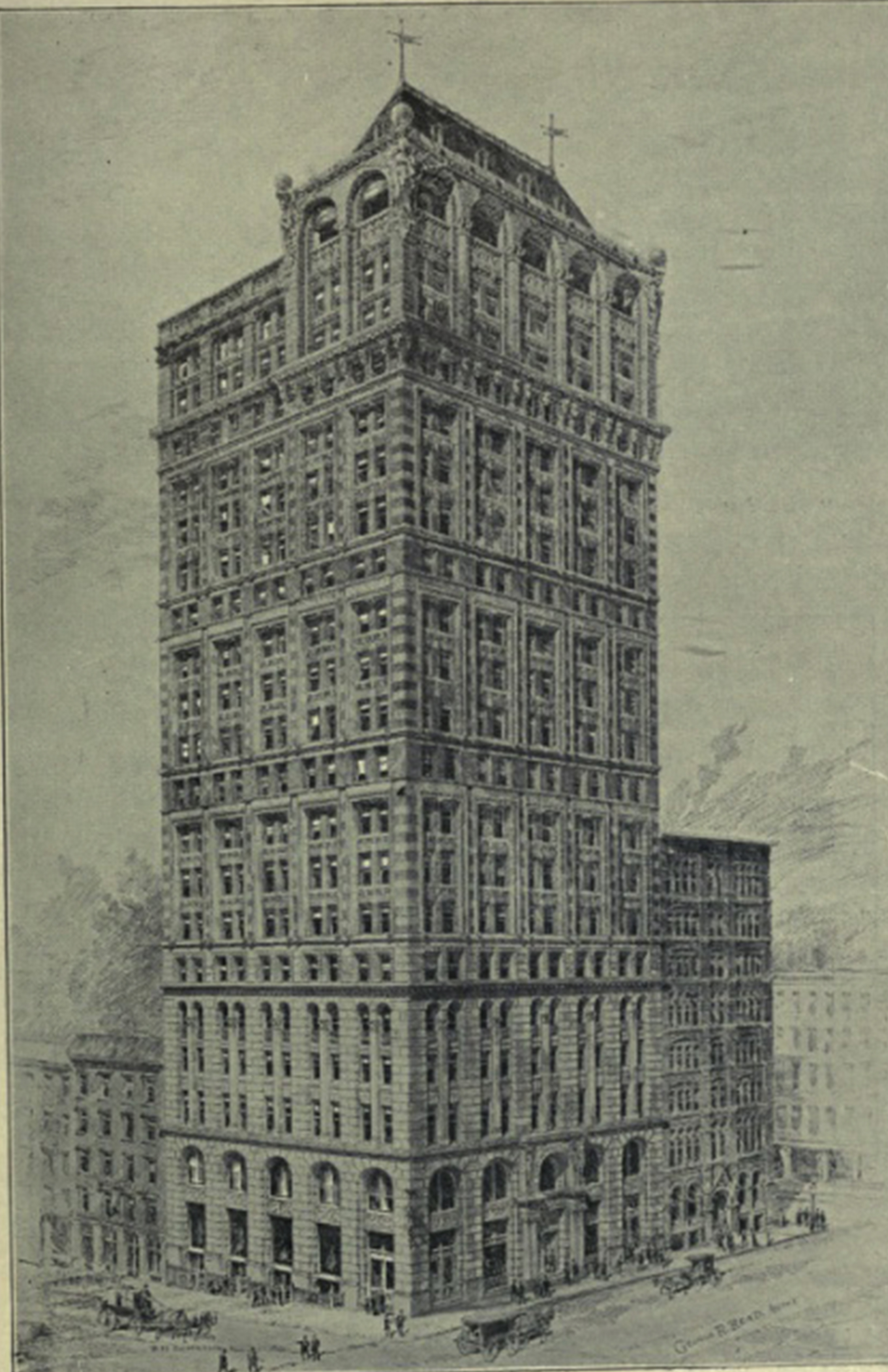 American Tract Society – 291 ft.
144-152 Nassau Street (1895)
The American Tract Society rented out offices in their building, using the profits to spread Christianity and donate to charity. The structure, built by R.H. Robertson, is most notable for its six horizontal divisions and rooftop loggia. 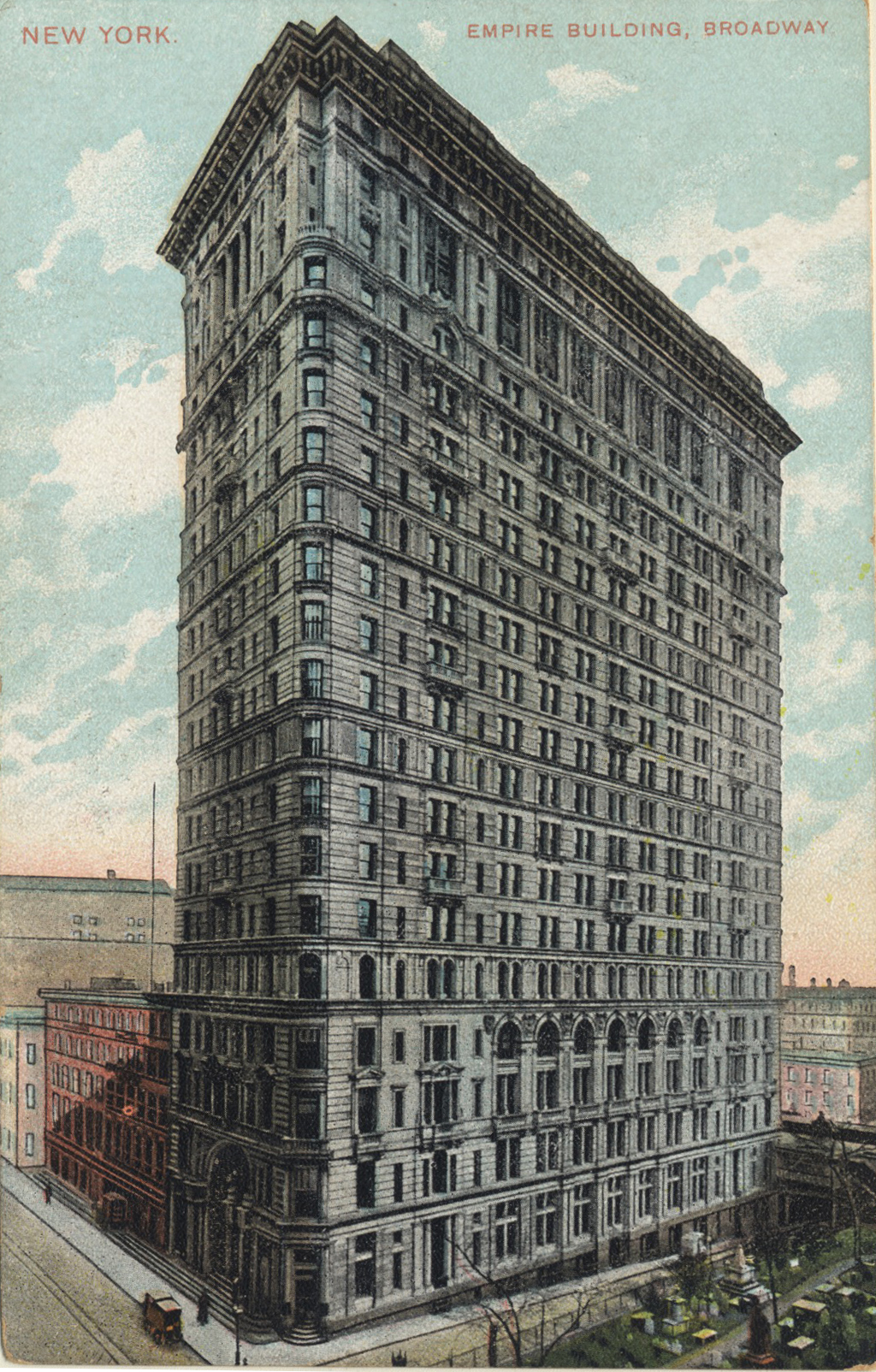 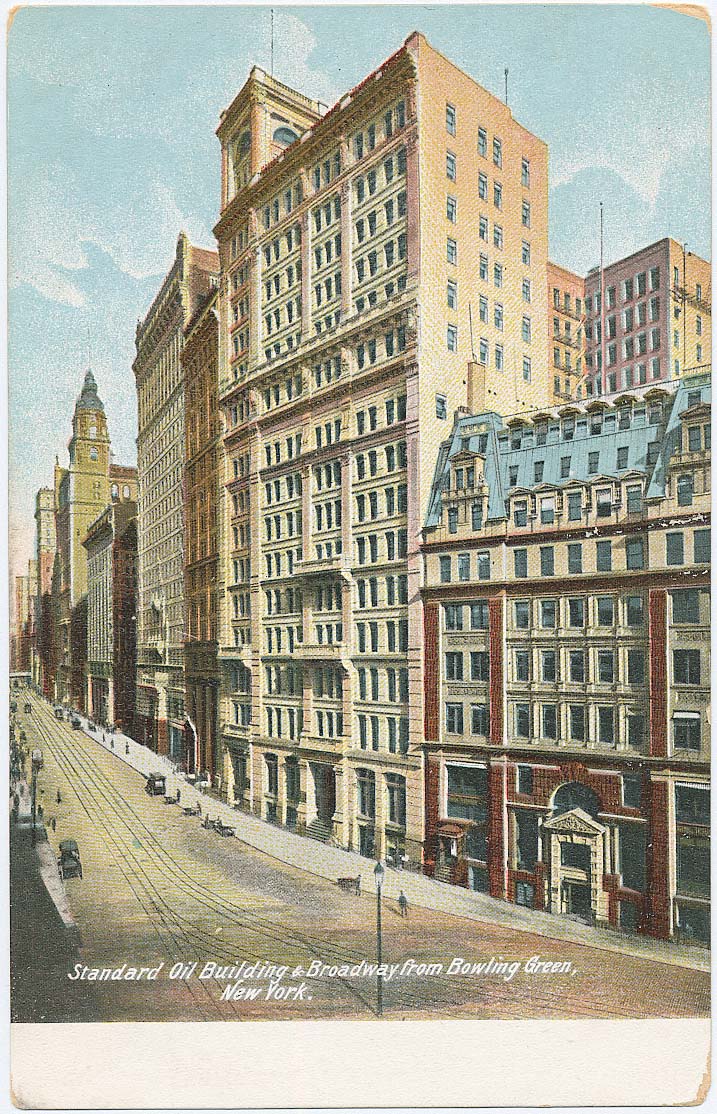 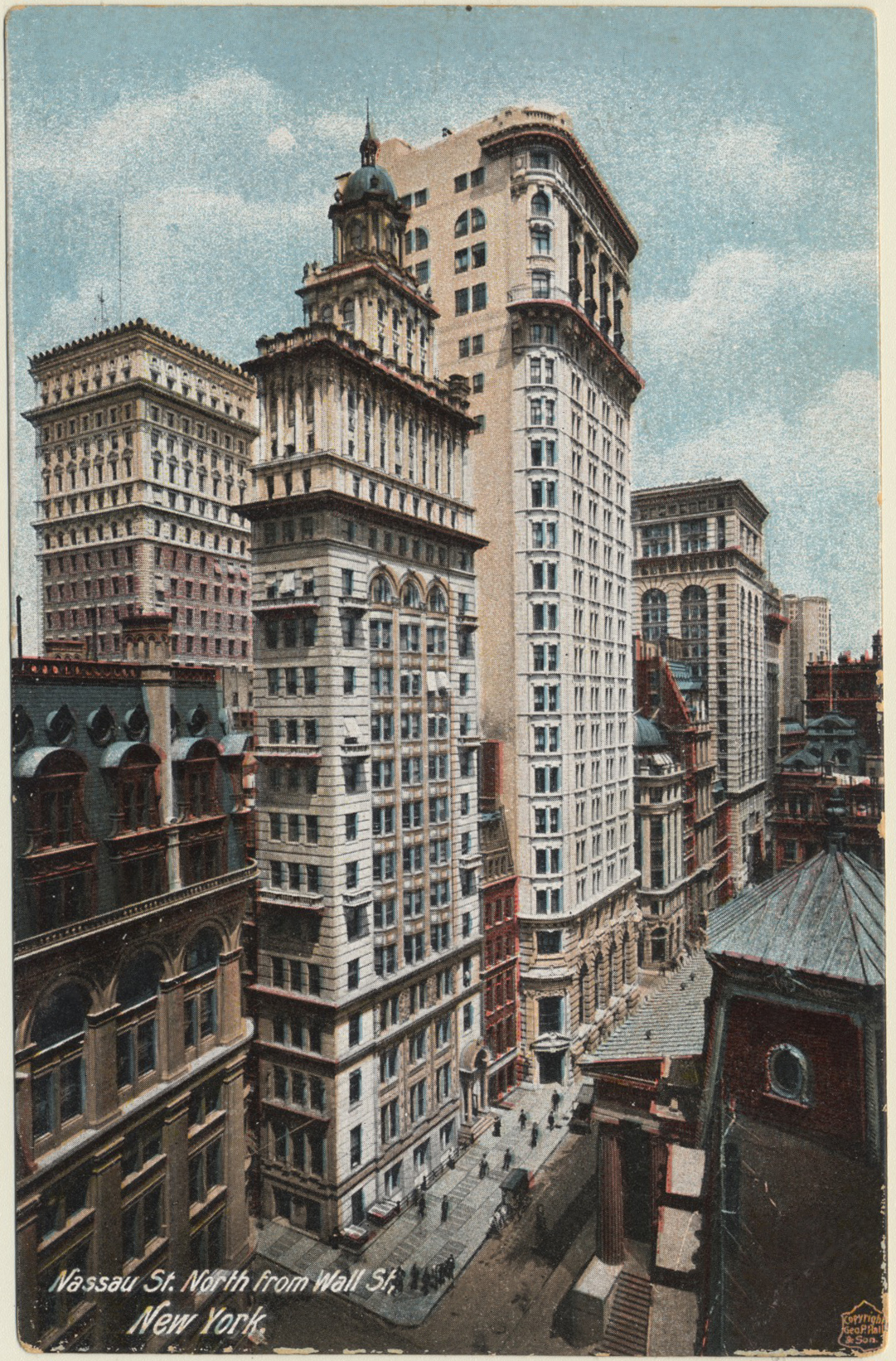 Gillender Building – 273 ft.
20 Wall Street (1897)
Despite its tiny 25 ft. x 75 ft. lot, Berg & Clark’s Gillender Building was still one of NYC’s tallest edifices in 1900. The slender skyscraper’s lifespan was short; it was demolished in 1910 to make room for the even taller Bankers Trust Building.


NEXT: History by Examples