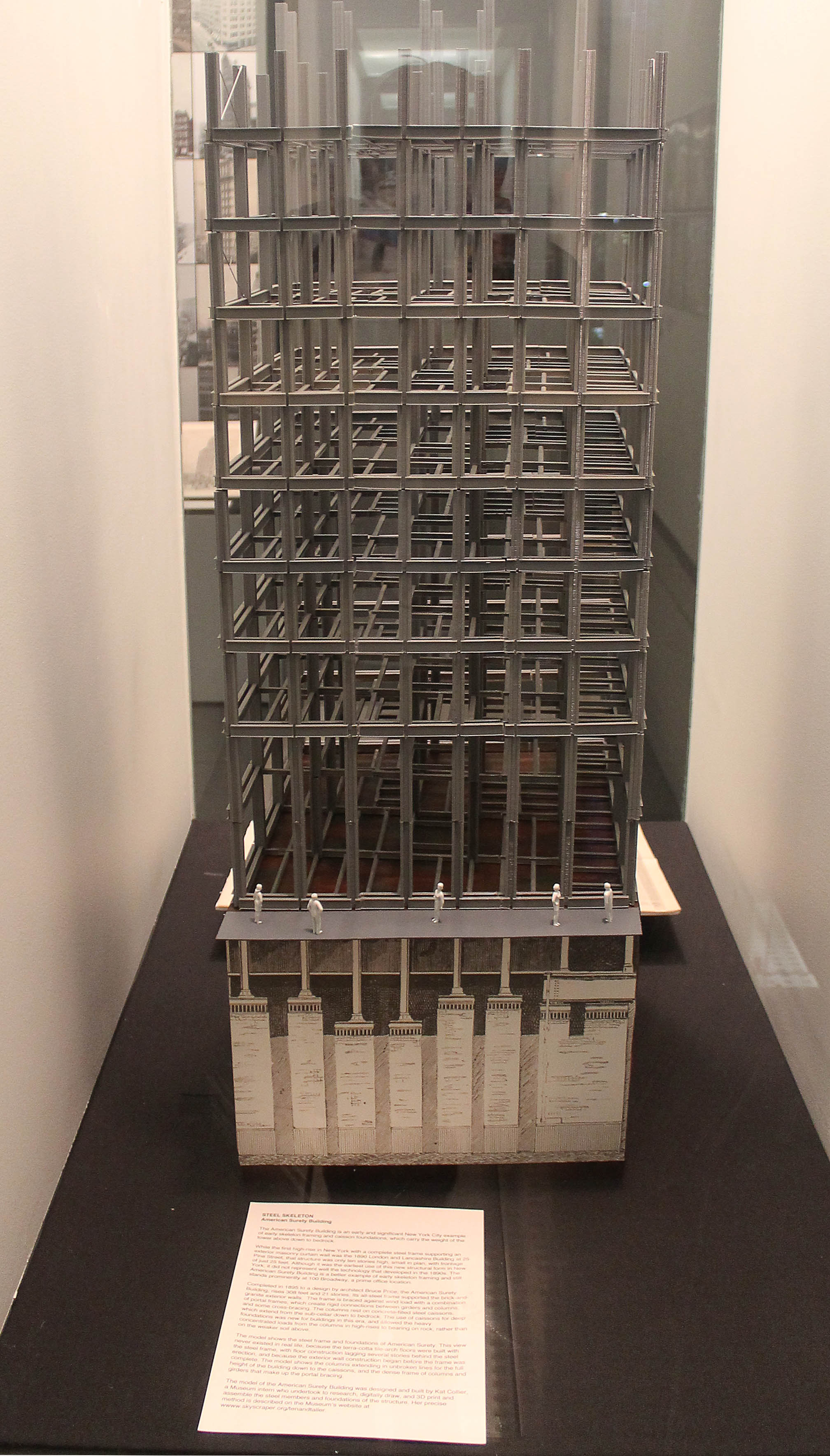 The American Surety Building is an early and significant New York City example of early skeleton framing and caisson foundations, which carry the weight of the tower above down to bedrock.

The first high-rise in New York with a complete steel frame supporting an exterior masonry curtain wall was the 1890 London and Lancashire Building at 25 Pine Street, but that structure was only ten stories and small in plan, with frontage of just 25 feet. The American Surety Building is a better example of early skeleton framing and still stands prominently at 100 Broadway, a prime office location.

Completed in 1895 to a design by architect Bruce Price, the American Surety Building, rises 308 feet and 21 stories. Its all-steel frame supported the brick-and-granite exterior walls. The frame is braced against wind load with a combination of portal frames, which create rigid connections between girders and columns, and some cross-bracing. The columns rest on concrete-filled steel caissons, which extend from the sub-cellar down to bedrock. The use of caissons for deep foundations was new for buildings in this era, and allowed the heavy concentrated loads from the columns in high-rises to bear on rock, rather than on the weaker soil above.

The model shows the steel frame and foundations. This view never existed in real life. The terra-cotta tile-arch floors were built along with the steel frame, with floor construction lagging several stories behind. The exterior wall construction began before the frame was complete. The model shows the columns extending in unbroken lines for the full height of the building down to the caissons, and the dense frame of columns and girders that make up the portal bracing.

The model of the American Surety Building was designed and built by Kat Collier, a Museum intern who undertook to research, digitally draw, and 3D print and assemble the steel members and foundations of the structure. Her precise method is described here. 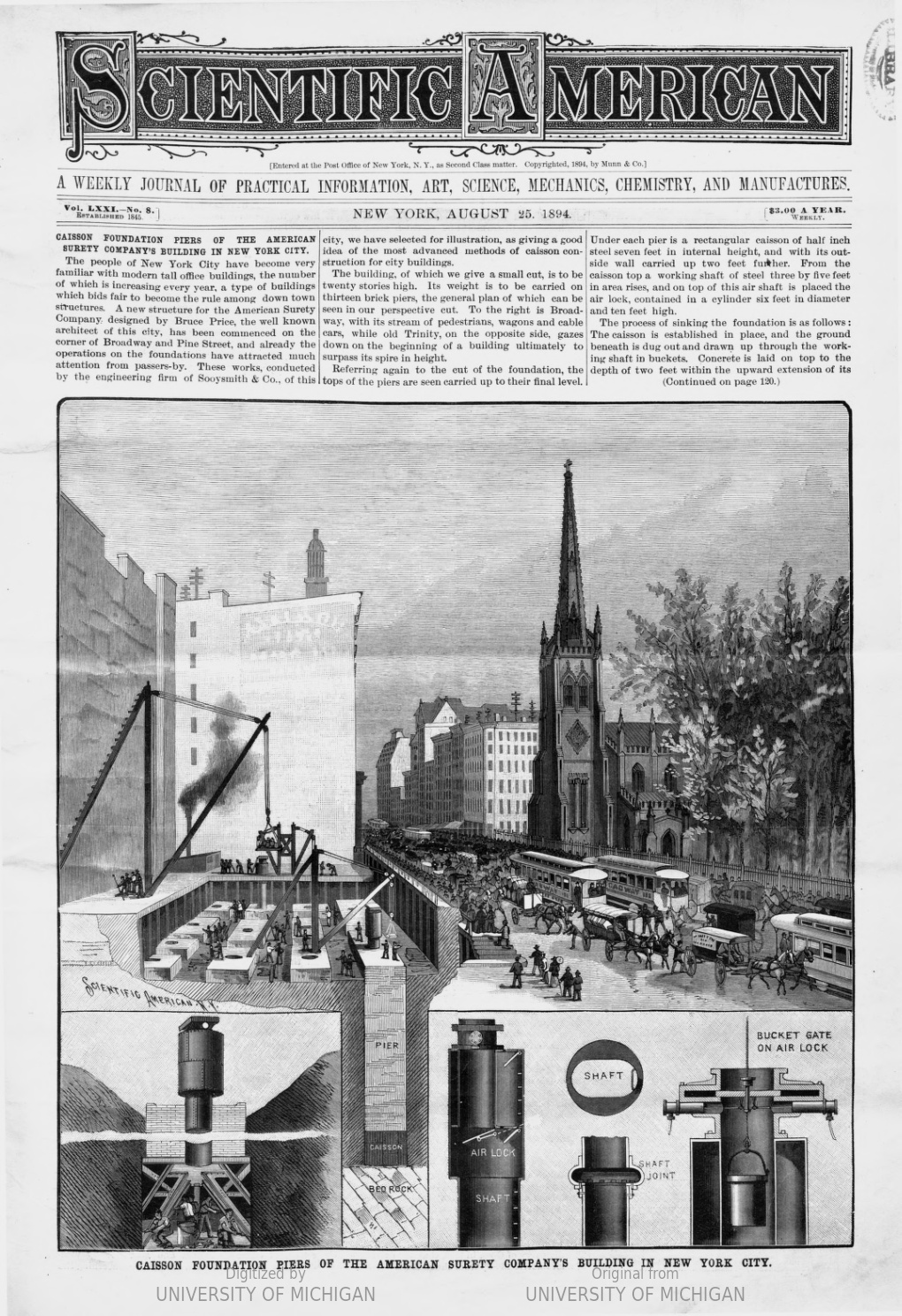 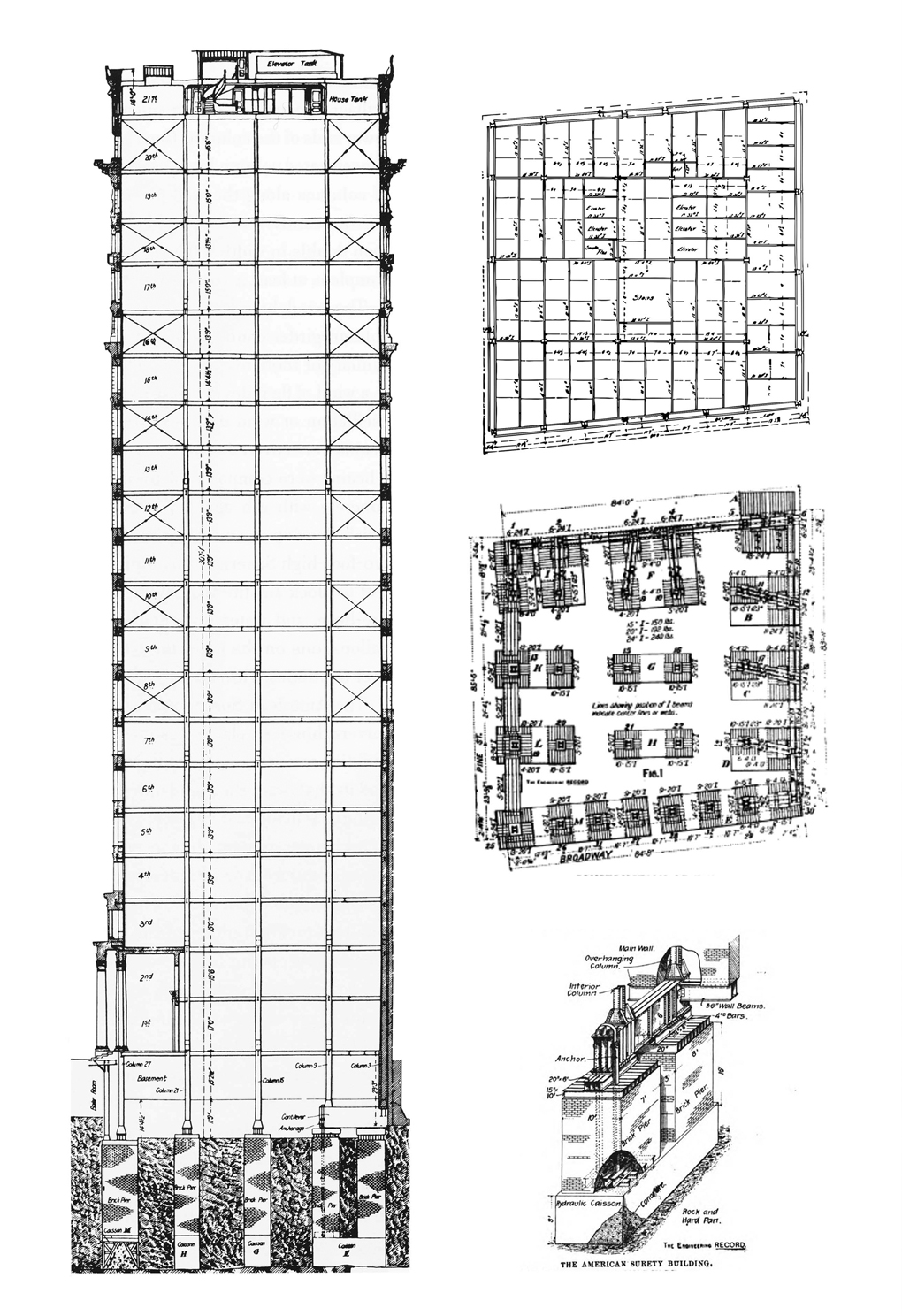 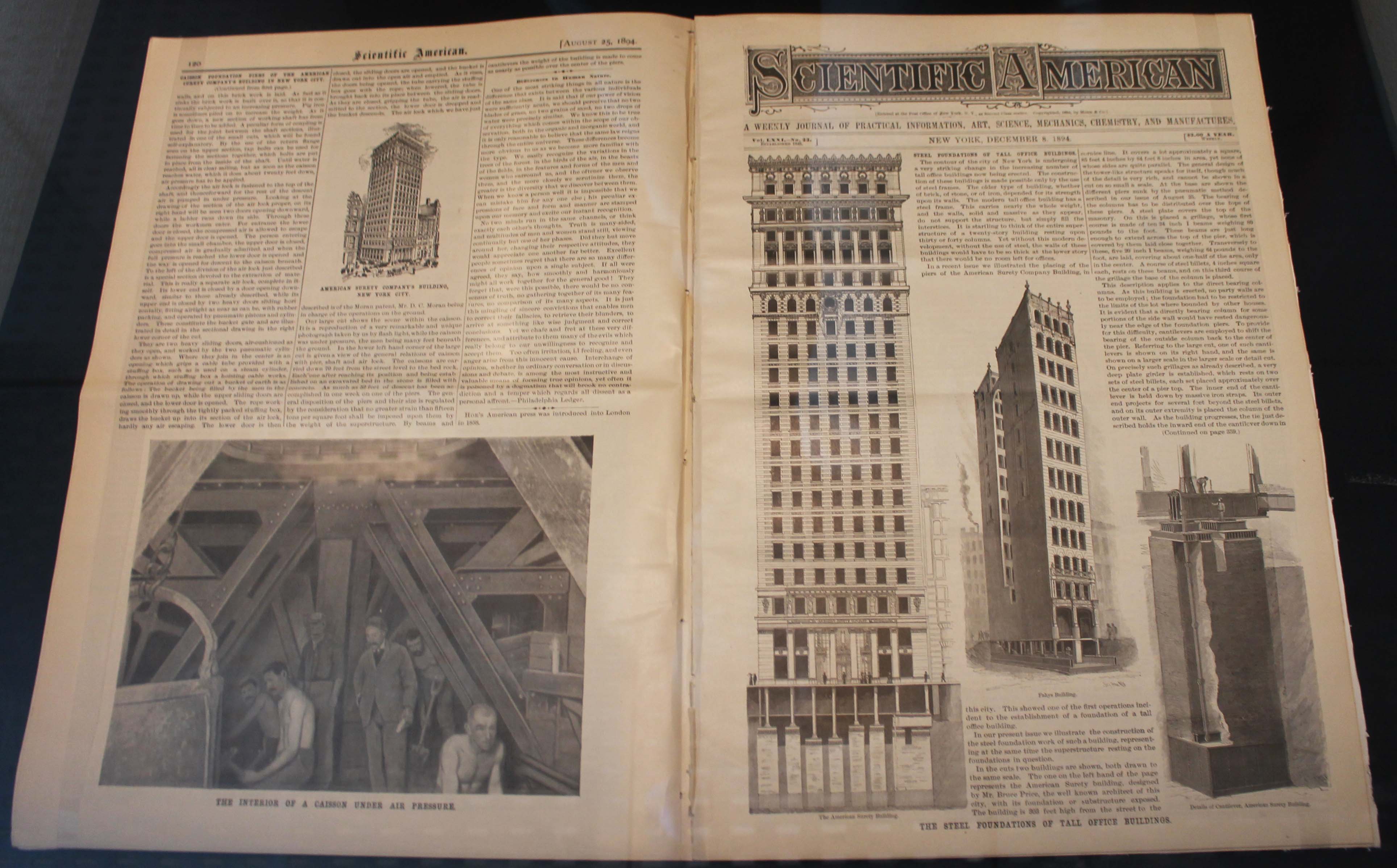 This issue of the Scientific American of August 25, 1894 (the inside pages of which are also shown inside the case) depicts the construction of the foundations of the American Surety Building, located on busy Broadway, across the street from Trinity Church. Drawings show the method of excavating and constructing pneumatic caisson foundations. Workers are contained within a cramped metal chamber supplied with piped oxygen as they dig away soft earth until they reach bedrock. 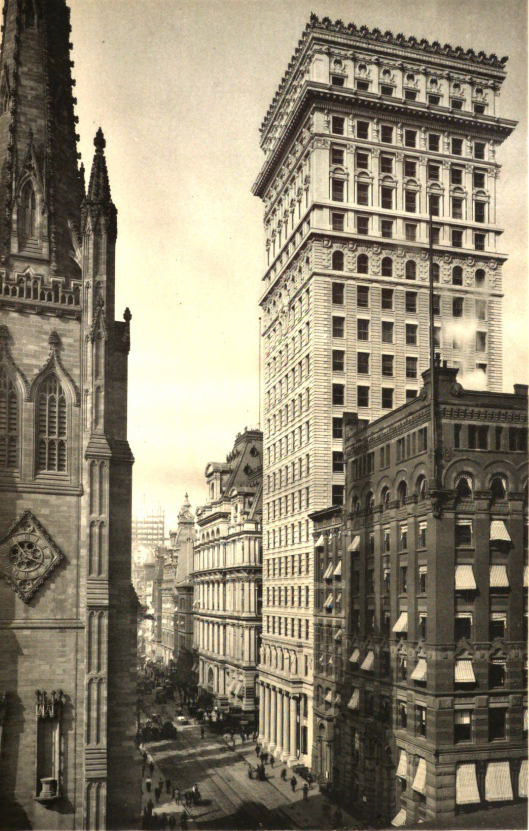 Inside the case another issue of Scientific American of August 15, 1896 illustrates the American Surety façade and a section through the foundations, showing the steel columns standing on steel grillages and the concrete piers that have been filled into the excavated voids. Thus the weight of the heavy building above is concentrated onto the points of the steel columns and transmitted to bedrock.

These images compiled here show a structural drawing of the American Surety Building in section, reproduced from The Engineering Record of June 13, 1896. On the upper right is a beam plan showing original dimensions from Birkmire’s Skeleton Construction in Buildings. The center image is a foundation plan showing the caissons. Below is an image of a caisson from The Engineering Record of July 30, 1898.